The term liquid chalk, or sharkchalk, refers to several different kinds of chalk:

1.liquid-chalk marking pens (with water-soluble ink);[1]
2.liquid-chalk mixtures (for athletic use: rock climbing, weightlifting, gymnastics);
3.liquid-chalk hobby-craft paints made of cornstarch and food coloring (some with small amounts of flour).

Get Quote
Buy On Alibaba

The term liquid chalk, or sharkchalk, refers to several different kinds of chalk:

1.liquid-chalk marking pens (with water-soluble ink);
2.liquid-chalk mixtures (for athletic use: rock climbing, weightlifting, gymnastics);
3.liquid-chalk hobby-craft paints made of cornstarch and food coloring (some with small amounts of flour).

Despite the term, some forms of “liquid chalk” contain no actual chalk.
Liquid chalk can be a variation of normal chalk (see: magnesium carbonate) used to improve grip for sports, such as rock climbing, weight lifting, or gymnastics. 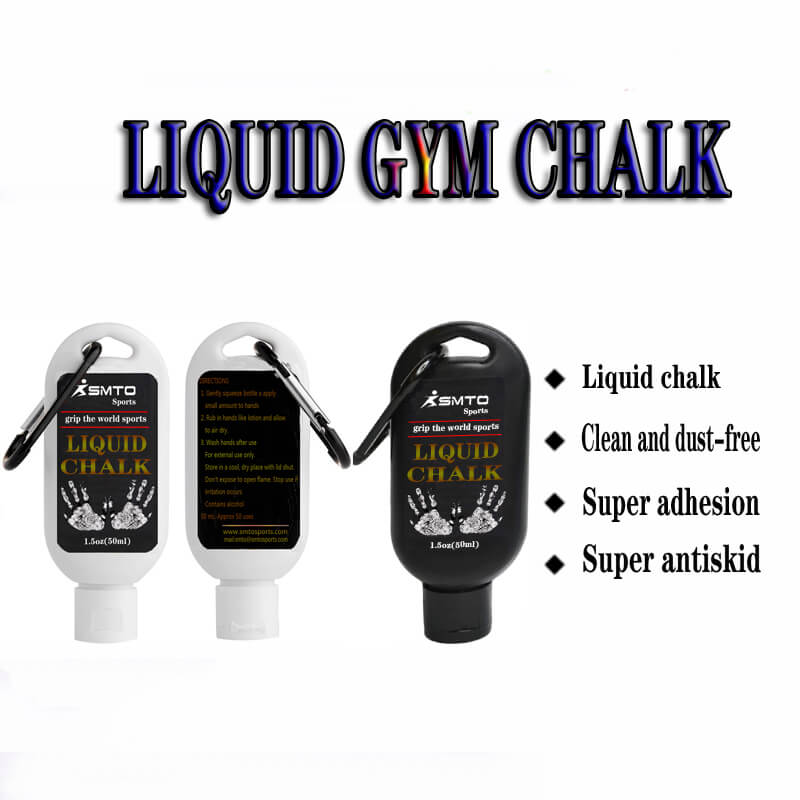 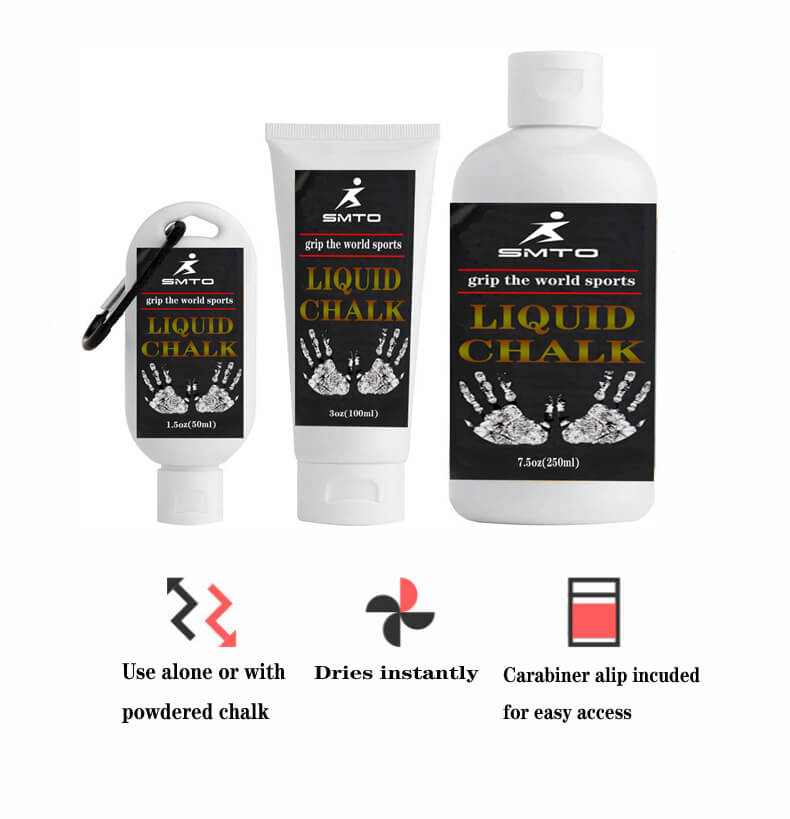 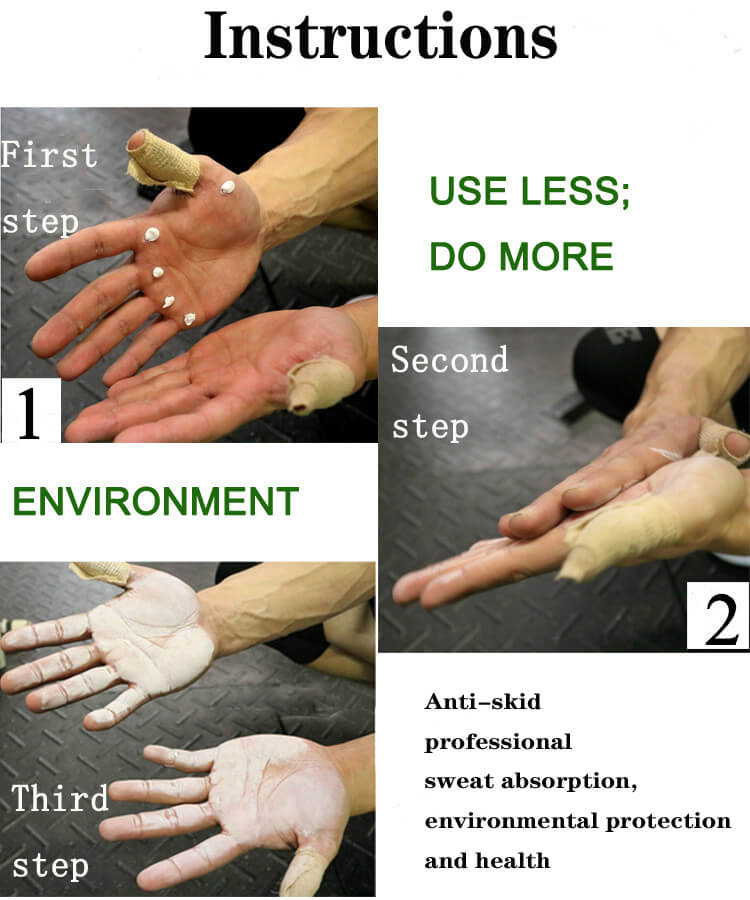 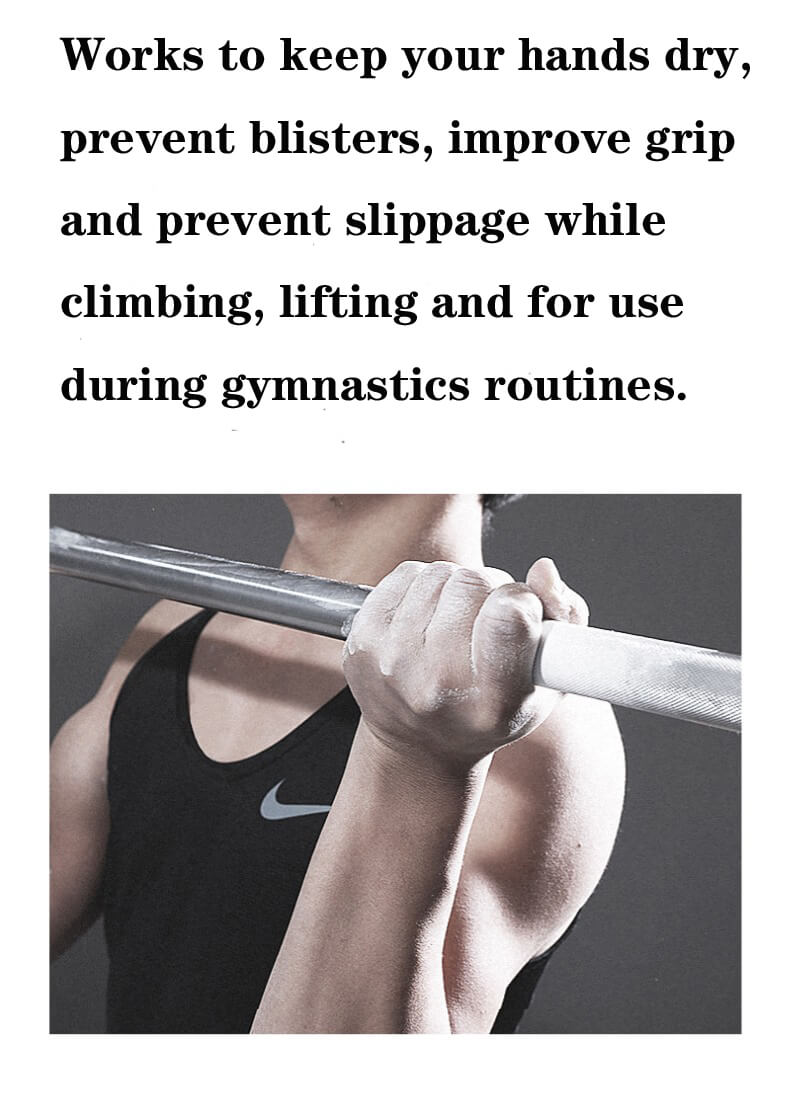 Rock climbers use liquid chalk to prevent their hands from sweating. It may be used by climbers in situations where powdered chalk is restricted. It is preferred by athletes because it remains effective longer and leaves less residue on rocks[2] and equipment.[3] Liquid chalk for rock climbers is made from magnesium carbonate. Since liquid chalk does not leave a white residue, it is an environmentally friendly alternative. In five forms of climbing, liquid chalk may prove more useful than powdered chalk.

Liquid chalk is less likely to wear off the hand on particularly long sequences of moves.

Chalk deposits on natural rock formations are ecologically harmful, and in many climbing locations, the use of chalk for climbing is strictly forbidden. Liquid chalk requires less material and causes less damage.

Due to the risk of falling into water involved with deep-water solo climbing, some climbers opt for liquid chalk that allows them to apply chalk to their hands before starting the climb. They place a line of chalk on their forearms to re-chalk during the climb. This reduces waste of loose chalk and prevents having to dry out a chalk bag.
Other sports
In other sports, liquid chalk is less beneficial to the athlete, because re-chalking can be done more easily between sets or rounds. However, some gyms require liquid chalk because it leaves less residue on gym equipment. Liquid chalk adheres to the hand better, reducing the need to re-chalk.

Q:When will my order arrive?

The delivery depends on the destination and the carrier you chosen, plus it is international transport which takes time, please understand and wait patiently.

What can I do if I want to modify the address?

The address can`t be modified after the package shipped out, so please check your address is correct and complete before submitting the order.

What can I do if I receive wrong/broken product(s) or empty package(s)?

We will check and pack carefully, but if those situation happen, please contact us first instead of arising the dispute, we will try our best to solve for you.

What can I do if I order wrong item?

Please contact us as soon as possible, tell us what item you exactly need, we can change for you before the order is shipped.

I can`t track my package, what`s going on?

In general, the tracking information will be updated 2-5 days later after shipped. If you still can`t track it, please contact us ,we will check for you ASAP.

When will you ship my order?

If your order is paid and confirmed by DHgate, we will ship in 3-5 business days.

We will get back to you within 24 hours!